Could You Be at Risk of Losing Your Lifetime Allowance Protection? 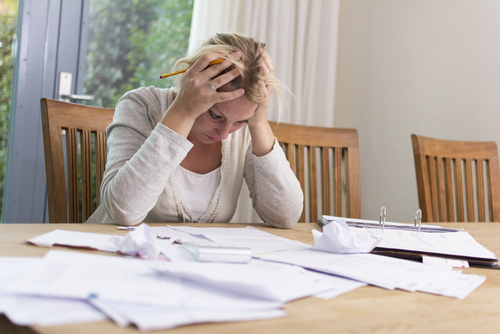 The lifetime allowance represents the limit on the amount of pension savings that can be accrued over a lifetime without triggering a tax charge.

It currently stands at £1.055m but new data shows that thousands of pension savers in the UK have unwittingly breached the limits of their lifetime allowance protections.

This has taken place over the past 12 years since the 2006 introduction of ‘A-Day’. Otherwise known as the pension tax simplification regime, the four types of protection were created as “transitional measures” to minimise the impact of lifetime allowance cuts.

Periodic cuts to the LTA from £1.8m in 2010 to the current £1.05m have been designed to protect those close to the limit from further reductions and being unfairly penalised.

Fixed protection allows the individual to protect their allowance from further reductions, but they can no longer contribute to their pension. If they do so, it will become void.

This has only served to punish those defined contribution savers with strong investment performance, as a number of these protections come with terms and conditions that mean individuals are no longer allowed to contribute to a pension scheme.

Breaching these terms for any one of the protection types could see individual protection invalidated and a huge retrospective tax bill, often in the range of six figures.

For those who have contracted out benefits and their defined benefit scheme opts to convert them, this could mean a conversion tops up their GMP and automatically (accidentally) results in a protection breach.

Auto Enrolment and the Lifetime Allowance

As more than half of the protection breaches were recorded after the introduction of auto-enrolment, experts believe that many people have accidentally broken the terms of the protection “by failing to opt-out of their workplace scheme”, either when automatic enrolment was first introduced or at their re-enrolment date three years later.

If you have previously secured fixed protection against cuts in the LTA for tax relief purposes but still maintain your GMP, you may be at risk.

Another spike in recorded breaches was recorded after 2017 when more reforms to small businesses were introduced into the auto-enrolment sphere.

While this represents a major issue for many higher earners, there is only one possible avenue for affected individuals to take at this point. The would be for anyone who has accidentally voided their protection to pin their hopes on having it reinstated at appeal.

The outcome of a previous case made headlines for the pragmatic approach of the courts to a genuinely accidental breach, but it remains to be seen quite how lenient any future judges will be and whether HMRC will reconsider their tough approach.

The case of Mr Hymanson versus HMRC took place at the First-Tier Tribunal where it was ruled that the taxman’s decision to revoke Mr Hymanson’s fixed protection was unreasonable, and that it must be reinstated.

Some argue that Mr Hymanson’s case should not be considered as one with wider implications for others who have breached their protections in a similar manner, as the ruling would generally need to come from a higher court.

However, the fact that HMRC lost their case could mean that many new claims will be made on the basis of genuine error rules where the accidental nature of a breach may mean the protection remains valid. This means taking the intentions of the saver into account instead of just applying blanket rules to everyone.

As it stands, savers risk losing fixed protection after contributing to a pension. This situation only serves to reinforce the convoluted nature of our pensions system for higher earners and the need for legislation to be reviewed in favour of simpler alternative solutions.

There also needs to be a legislation review to differentiate between those who break the rules inadvertently and those who do so deliberately.

Instead of hoping that each case will win on appeal, it makes far more sense for the legislation itself to be strongly reconsidered.

If you believe that you are at risk of losing your lifetime allowance protection, we suggest seeking immediate advice from a qualified financial planner.

As it stands, pension savers must adhere to the extremely tough approach of HMRC and avoid breaking any rules. With such a complex pension savings landscape, the advice of an expert will prove invaluable.

Our specialist team at Vintage Wealth Management will be able to identify any risk and mitigate the impact as far as possible, whilst introducing solutions to optimise your savings and investments portfolio.