Protect your Finances after Dementia Diagnosis 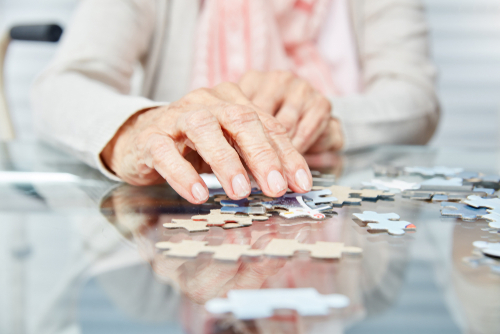 They say that growing up is hard to do but growing old is pretty tough as well. While health concerns, loneliness and other emotional and physical issues often make themselves more apparent in our later years, old age also takes its toll on those around us.

We will want to protect our loved ones more than ever when old age sets in but with diseases such as dementia making people all the more vulnerable, we suggest taking steps to protect yourself and your family sooner rather than later.

According to The Alzheimer’s Society, 15% of people with dementia have fallen victim to financial abuse. With estimates that there will be nearly two million people in the UK living with dementia by 2051, we would advise that you take steps now before the disease progresses further.

The first and most important thing to do is set up a Lasting Power of Attorney. Choose someone that you trust to make financial decisions for you in your best interests if you are no longer able to do so.

Many people with dementia do not lose the ability to make decisions instantly – it more commonly happens over time which can lull people into a false sense of security.

It is also important for those with joint accounts to set up a lasting power of attorney; in case the bank detects suspicious activity from the sufferer and freezes your account, it will be much easier and quicker to open it again when the account is in both names.

If you are appointed as LPA, ensure that you have all your necessary documents in place should any company require that you present them to utilise your rights.

It’s always best to act early to protect against any deterioration later down the line but this isn’t always possible. If you are caring for a loved one and the disease has already progressed to the point where they cannot make decisions in a sound mind but you haven’t set up an LPA, we suggest applying to the Court of Protection. This means that you can make essential financial or welfare decisions on their behalf.

Sometimes it’s the day to day responsibilities that take their toll on dementia sufferers and those around them. This is why it’s important to make everything as clear and straightforward as possible. Make sure that all of your finances are in place and that you have a valid will in line with your current situation and most up-to-date wishes.

You should also arrange all your essential information in a clear, easily accessible format including any account numbers and direct debit details to ensure that your day-to-day finances are easy to run either yourself or by your carer/family member should they need to take over.

If you still pay any bills in cash, move these over to direct debit where possible. Switch to contactless debit cards instead of chip and PIN to avoid having to remember a PIN number and further reduce the need to carry cash.

Dementia can be a frightening disease for both the sufferer and those around them. We suggest putting a chain on the front door to protect against doorstep scammers and to feel safer in your own home.

If you or your loved one has already been diagnosed, we would also advise asking the bank for a third party mandate so that you can deal with any financial situations if they are unable to. It also helps when it comes to staying on top of regular financial commitments such as paying bills.

The Issue of Scams

Another issue to consider is the impact of financial crime. Financial scams targeting the older generation have become more apparent in recent years after the introduction of Pension Freedoms.

It currently costs the UK £52bn per year to fight financial crime and research from Prudential suggests that, since the launch of Pension Freedoms* in April 2015, nearly 1 in 10 over-55s believe they have been targeted by scammers.

This is before you consider the impact of dementia on such a situation and the increased vulnerability of such a person should they be targeted by scammers. While measures have been taken to ban cold calling for pensions, there are still those scammers that will continue to flout the rules. Until a much-needed zero tolerance approach is implemented, the threat of pension scammers remains very real.

We would suggest getting a call blocker for the phone that will either block incoming calls that are not from recognised numbers or forward them to a relative or friend. You can also sign up to the telephone preference service to minimise unwanted calls.

If sufferers are in the later stages of diagnosis, you may wish to block the issue at the source. This means cancelling credit cards, removing any overdraft facility and limiting the funds that they can access.

There are many other issues to consider following a dementia diagnosis with the cost of residential care being one of the most prevalent. It’s worth discussing your situation with a financial adviser in order to ascertain how you and your family will move forward should this become a necessity.

For example, selling the home may sometimes be the only possible course of action to fund residential care but you must consider other assets and avenues in the earlier stages before making any solid decisions.

The issue of inheritance tax is also one to think about when it comes to any degenerative illness. It may work for you to make gifts to heirs provided that you are expected to live for seven years after giving the gift to avoid it being liable for tax.

For more information on taking care of finances for a dementia sufferer, planning your own finances or general financial planning, contact our expert team at Vintage Wealth Management on 020 8371 3111 or email info@vintagewealth.co.uk