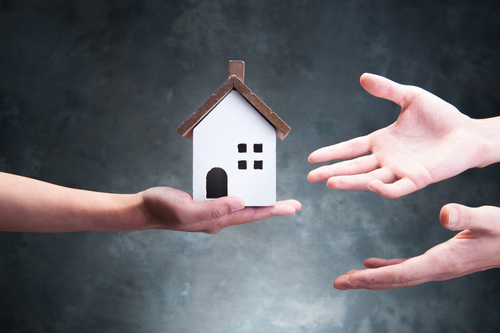 Inheritance tax is already one of the most challenging financial questions for many of our clients and the landscape is changing. The nil-rate band – that is the threshold above which individuals pay inheritance tax – remains set at £325,000.

But rising property prices and a high number of winter deaths saw the inheritance tax bill reach a record high of £5.2bn for the 2017/18-tax year.

The Impact of Rising House Prices

One of the reasons that so many estates are being hit with such a high inheritance tax bill is the boom in house prices. We have seen a 24 per cent rise in the five years to 2016.

It’s also because less elderly people are choosing to downsize. This is a move that would mean much less capital tied up in their property and reduced inheritance tax bills. However, many people are put off by potential stamp duty costs and a lack of suitable housing.

We are yet to see the full impact of recent updates to inheritance tax legislation first introduced in April 2017. This is where married couples and their spouses can bequeath an additional £125,000 this year and up to £175,000 over the next three years to their direct descendants.

One in 20 families currently pay inheritance tax, and figures are expected to increase to one in ten in the coming decades. Yet the system is far from perfect. Inheritance tax limits have not stayed in line with house prices, leading to an outdated system and one that risks being able to adequately accommodate the demands of modern society.

Steve Webb, director of policy at Royal London, describes inheritance tax as “riddled with anomalies”. He says that it is, “largely paid by those who do not have access to financial advice.”

There is certainly a need to address the balance between rising property prices and frozen allowances. This will avoid falling into an overly complex system that doesn’t cater to societal shifts.

Indeed, the Resolution Foundation has called for the current inheritance tax structure to be scrapped. They want it to be replaced with a fairer system that works for our modern society.

This thinktank also believe that the current inheritance tax system is too easy to avoid by using reliefs and have instead recommended a new type of system.

Their proposed lifetime receipts tax would have a lifetime limit of £125,000 and allow beneficiaries to inherit a lump sum before they paid any tax on it. They would also levy inheritance tax at a lower rate of 20% up to £500,000 and 30% thereafter.

There are potentially many legal ways to avoid your inheritance tax bill such as using your annual gifting allowances. You may also be able to use up your ISA money before using pensions.

For now and regarding any more long-term change, it remains to be seen if and how the inheritance tax system will develop.

In the meantime, as with all other aspects of financial planning and wealth management, it’s important to take expert advice to put yourself and your family in the strongest financial position and avoid incurring any potentially avoidable costs.

With our property usually the single most valuable item in our entire estate, it’s never too soon to start protecting your assets.

For more insights and guidance on all aspects of inheritance tax and later life planning, contact the team at Vintage Wealth today. And don’t forget to stay in touch with us on Twitter for all the latest news across the financial markets.